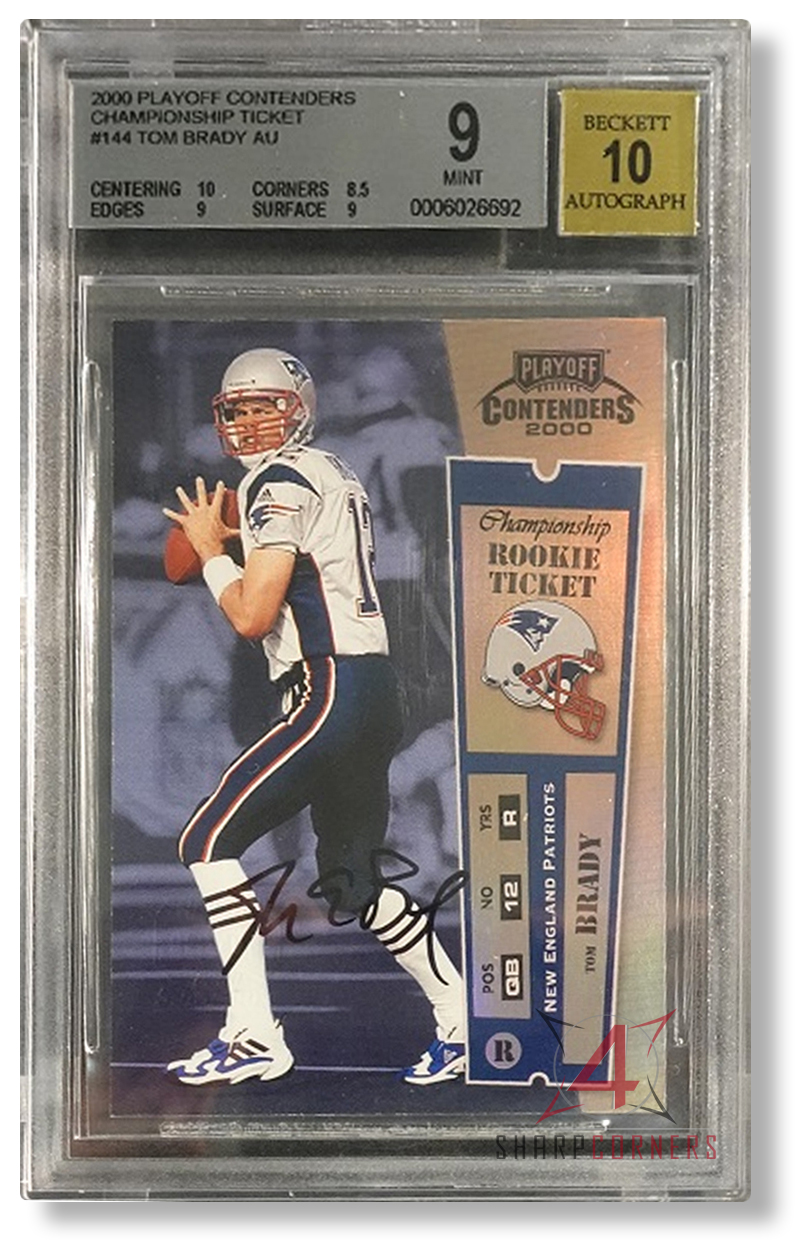 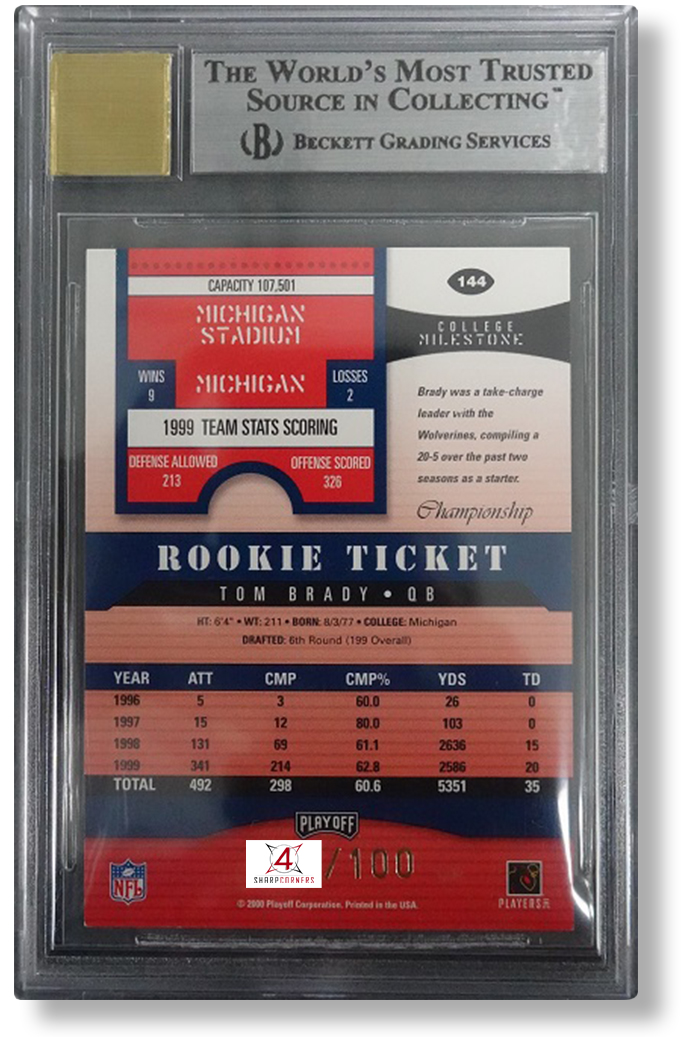 2000 Playoff Contenders Tom Brady Championship Ticket, His True Rookie Card Autograph. Numbered to only 100 copies, we are offering the highest graded example, with none graded higher, in BGS Mint 9 - Autograph 10.

This is The Holy Grail of Football Card Collecting.

This iconic card is the highest graded exemplar of Tom Brady's only official rookie card with his signature. Offered, is the rare Playoff Contenders Championship Ticket rookie parallel, which was specifically made and numbered to a limited run of 100 copies. Produced in the year 2000, with, at the time, cutting edge technology and finish, these cards are renowned for being extremely condition sensitive for a variety of reasons including a production process that resulted in a high gloss refractor type finish (of only part of the card) which probably hadn't been perfected at the time, coupled with a greater than average tendency for these cards to stick/adhere together with other cards in unopened packs, an overall higher sensitivity to handling, as well as the simple truth that card #144 was simply not very high on most collectors wish lists in the year 2000, and was at the time frequently handled/stored most often as a common. Thus, very few of the surviving cards of the Championship Ticket rookie parallel (limited to a print run of 100 serially numbered cards) have received a Mint 9 grade (Subgrades: Centering 10, Edges 9, Corners 8.5, Surface 9 ) with a Pristine autograph grade of 10/10 from Beckett Grading Services.

Over the years, more than 85 of these cards have been submitted for grading to Beckett and PSA, and this card has received the highest grade, Mint 9. Of the seventy-three examples that have been submitted to Beckett over the years for grading/assessment, fifty-one have received a grade of 8 or 8.5, BUT only seven have earned the coveted Mint 9 grade. There are no 9.5 graded cards, nor are there any cards graded 10, and this card has a perfect autograph, from a sharpie used over 20 years ago, by the 199th pick of the 2000 NFL draft.

This is a chance to own the highest graded version of the "Holy Grail" of Tom Brady rookie card, the NFL GOAT, the winner of 7 Super Bowl Titles and 5 Super Bowl MVP's. Holder of countless playoff and regular season records, Brady is slated to return as the starting quarterback of the Tampa Bay Buccaneers in a few short months. His accomplishments on the football field will continue to grow. How many more milestones will he achieve this year? How many more records will he break this year? How much more will he add to his incredible list of achievement's on the gridiron?

This is a chance to buy the best of the best, a Mint copy, one of only seven in existence, of the most desirable of all Tom Brady rookie cards, before he returns to the football field in a few months to add to his legacy.